Results: In the published studies, administration of D. flagrans spores resulted in statistically-significant improvements in a wide variety of parasitological parameters:-

Sheep: A similar range of parameters were studied as for cattle, and in addition some trials employed worm-susceptible tracer lambs to assess the degree of infectivity of the pasture. Reduction of numbers of infective larvae on pasture of 67% for both ewes and lambs was reported (Peart, 2002). Reduced infection levels were demonstrated in tracers by reductions in epg of up to 74% (Epe et al., 2008) and up to 97% reduction in worm burdens (Fontenot et al., 2003). Similarly, parasitosis was prevented (Chandrawathani et al., 2004), less wormings were required (Santurio et al., 2011) and improvement in weight gain of up to 14.8% was reported (in lambs reared by treated ewes, Gomez-Rincon et al., 2006). Reductions in larval emergence from coproculture of up to 99.6% were also reported (Eysker et al., 2006a).

Did you know: Trials with Duddingtonia flagrans have shown significant parasitic nematode reductions on pasture of grazing species like sheep, goats, cattle and horses 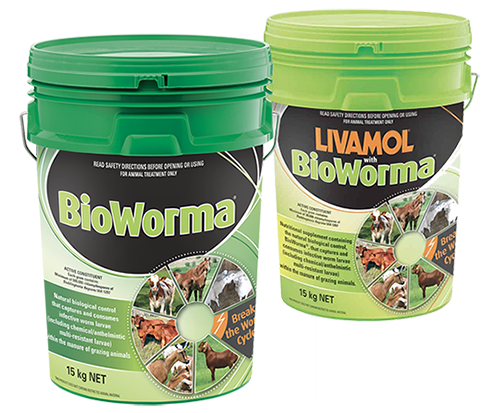